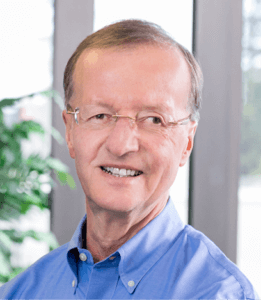 Norbert joined Kronos Bio in 2018 as President and CEO. Prior to joining Kronos Bio, Norbert was the Executive Vice President, Research and Development and Chief Scientific Officer at Gilead Sciences. Norbert joined Gilead in 1990 as Director of Chemistry after having worked as a Senior Scientist in Genentech’s DNA Synthesis Group from 1986 until 1990. During his 28-year tenure at Gilead, Norbert presided over the development and approval of more than 25 medicines for a range of serious conditions which led the transformation of the treatment of diseases such as HIV, HCV and lymphoma. Norbert was part of the core management team that grew Gilead from less than 50 employees with no revenues to 10,000 employees with $25B in revenue. Norbert received a Ph.D. in organic chemistry from Zurich’s Eidgenössische Technische Hochschule and performed postdoctoral research in steroid chemistry at Syntex. He also performed additional research in organic chemistry and applied enzymology in Professor George Whiteside’s lab at Harvard University in Cambridge, Massachusetts. Norbert received an honorary doctorate in Natural Sciences (2016) from The University of Innsbruck and an honorary doctorate in Letters in Medicine (2017) from Baylor College of Medicine. Norbert was elected a Fellow of The American Association for Advancement of Science (2018). In addition to Kronos Bio, Norbert serves on the Supervisory Board of Bayer AG and Board of Directors of Morphic Therapeutic.